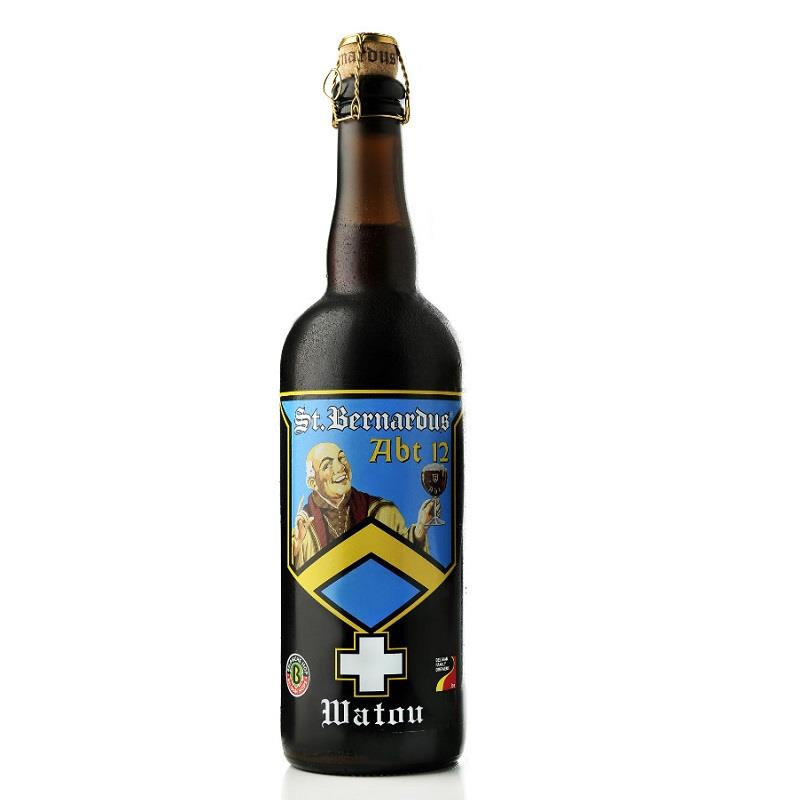 Abbey ale brewed in the classic 'Quadrupel' style of Belgium's best Abbey Ales. Dark with a full, ivory-colored head. It has a fruity aroma, full of complex flavours and excels because of its long bittersweet finish with a hoppy bite. Worldwide seen as one of the best beers in the world. It's a very balanced beer, with a full-bodied taste and a perfect equilibrium between malty, bitter, and sweet. One of the original recipes from the days of license-brewing for the Trappist monks of Westvleteren.