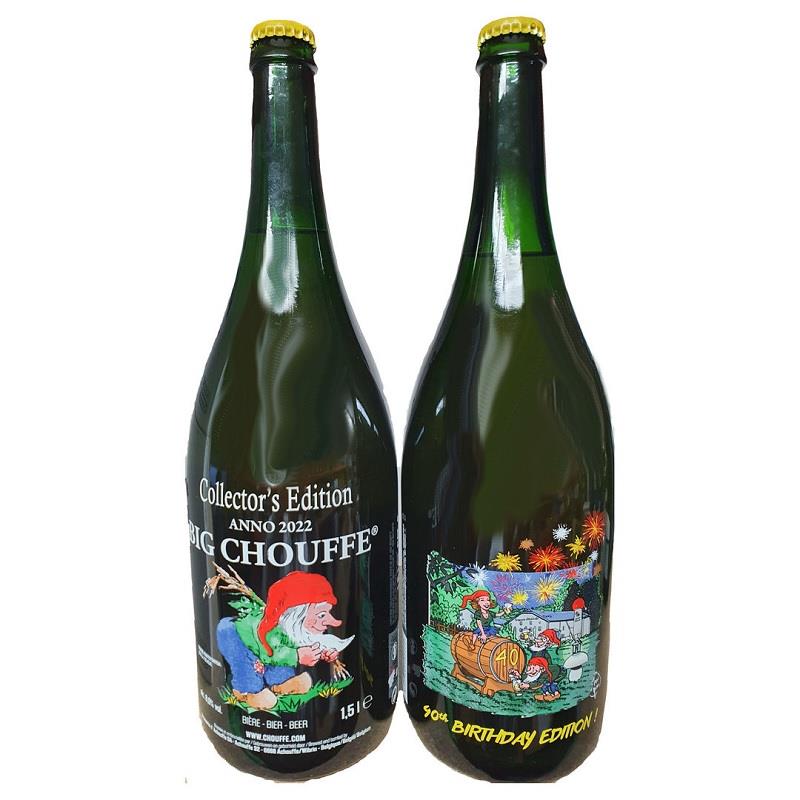 CURRENT STOCK IS ANNO 2022.
La Chouffe is an unfiltered blond beer which is re-fermented both in the bottle and in keg. It is pleasantly fruity, spiced with coriander and tinged with hops.. The La Chouffe magnum (1.5L) began production in 2005 as part of a Collector's Edition series. Every year, a well-known comic-strip artist is invited to create their own image of the gnome Achouffe.
The gnomes of Fairyland are particularly fond of this golden beer. LA CHOUFFE, with its slight hoppy taste, combining notes of fresh coriander and fruity tones, is the drink which gives them their zest for life. At least, that's what these imps say when they are thirsty. Their secret used to be jealously guarded from one generation to the next until the day they shared the recipe with humans to seal their friendship. Of all the legends from the wonderful region of the Belgian Ardennes, the tale of LA CHOUFFE is the one which most merits re-telling.