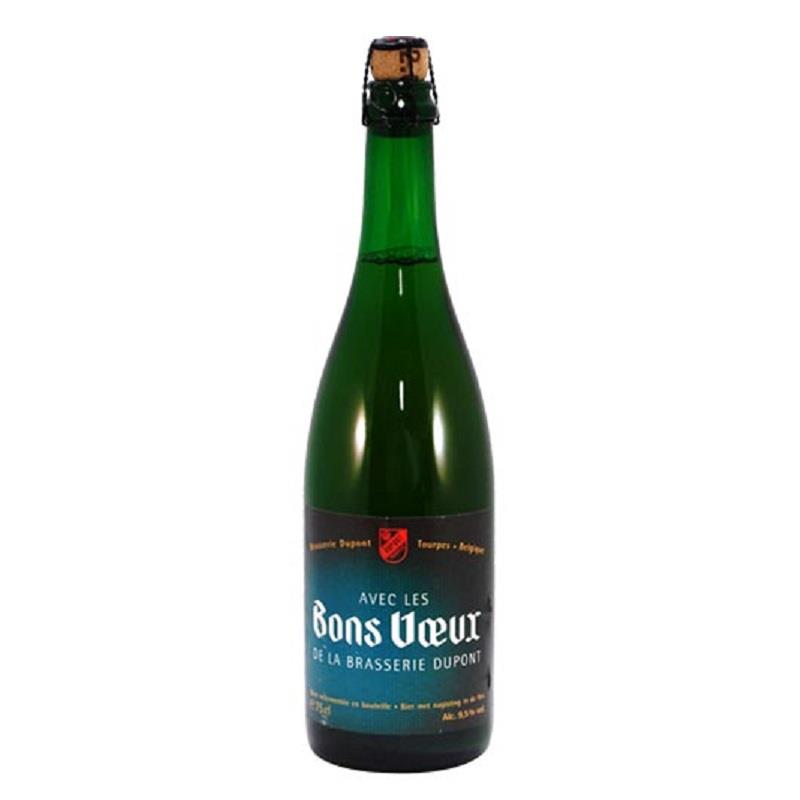 Translated as “Best Wishes”, this beer was originally brewed by Dupont as a New Year’s gift to their best customers. It is a blond beer that undergoes refermentation in the bottle.

DUPONT BREWERY
- The Brasserie Dupont is a former farm dating back to 1759. In 1844, it became the Rimaux-Derrider farm-brewery, specialising in the production of honey and “Saison” (season) beers, so called because the farm-breweries produced this type of beer in winter for consumption on the fields in summer. After the Second World War, Pils beers became very popular. Many small Belgian breweries disappeared because they could not meet this demand. It was Sylva Rosier’s dynamism and technical knowledge that ensured the survival of the Brasserie Dupont with the introduction of Redor Pils. Today, the Brasserie Dupont is owned by Sylva Rosier’s children and grandchildren. Sylva Rosier’s grandson, Ghislaine’s son, Olivier Dedeycker, joined the company in 1990 as a brewing engineer. In 2002, he took the helm of the family brewery from his uncle Marc Rosier. He represents the fourth generation of this family of brewers.