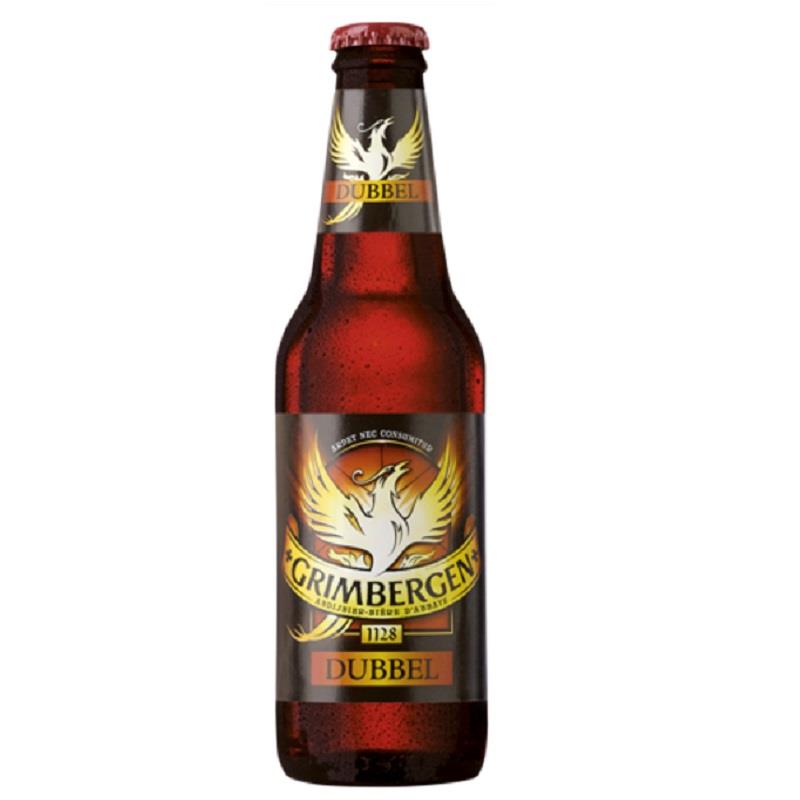 The use of two roasted malts give it its amber colour. The taste is rich, deep and ample while its subtly caramelized notes gives it a bittersweet sensation. Double has undergone two fermentations, which gives this ale a chocolatey, toffee taste with a warming brandy-like finish.

Brouwerij Alken-Maes
Alken-Maes was created out of the 1988 merger of two small breweries, Maes, located in Waarloos and Alken. Both had specialized in pils (Maes was producing Maes pils and Alken Cristal pils) until Maes purchased the Union brewery (based in Jumet) in 1978, which produced Grimbergen beer among others. After the merger, the group continued to purchase other breweries to expand their offer to a larger panel of beers. In 1989, the new brewery purchased a 50% stake in De Keersmaeker brewery, which specialized in spontaneous fermentation beers such as Mort Subite. In 2000, it bought Ciney and Brugs Witbier as well as the other 50% of De Keersmaeker. In the same year, the brewery was bought by British company Scottish & Newcastle, which in turn was bought by the Carlsberg/Heineken consortium in 2007. In 2002, it took over the Louwaege brewery from Kortemark (producing Louwaeges Kriek and high fermentation Hapkin). Alken-Maes has now become the number two on the Belgian market. Its headquarters are in Waarloos.