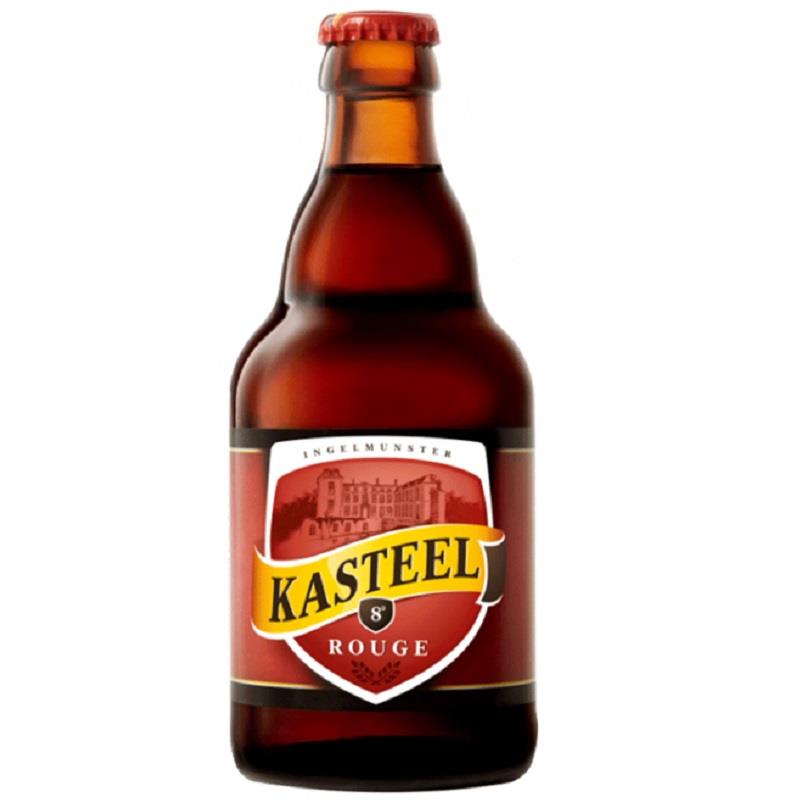 Kasteel Rouge is a unique blend of Kasteel Donker and macerated cherries. The ruby red colour, the rich foamy head and the sweet attack result in a specialty beer with a balanced taste and subtle hints of cherries. This fruity beer is easily digestible for quite a strong beer and makes a great aperitif on a sunny terrace. Are you ready for la vie en Rouge?

Brewery Vanhonsebrouck
In the hands of the Bosteels family for over 200 years, the brewery relies today on the craftmanship of seven generations. In 1791, Jean-Baptist Bosteels established the brewery, and has been followed by generations who took over the brewery and never stop brewing, even during the world wars. At that time, the brewery played such an important role in the town, the family Bosteels were such influential people that we are not surprised that 3 of the 7 generations have been Town Mayors. In the year 1930’s Antoine Bosteels, 5th generation, carried on the brewing dynasty and played an important role expanding the sales of the Bosteels Pils into other regions such as Ghent, Antwerp and Brussels. His son Ivo Bosteels honored the iconic beer of Pauwel Kwak by bringing it back to the market in 1980; this is the beginning of the strong beers for Brewery Bosteels. In the year 1990, Ivo’s son, Antoine Bosteels, the 7th generation, understood the potential of strong speciality beers and especially the trend for blond ones. Driven by passion of the art of brewing and guided by his creativity, Antoine is at the roots of the succes of Tripel Karmeliet and DeuS Brut des Flandres.