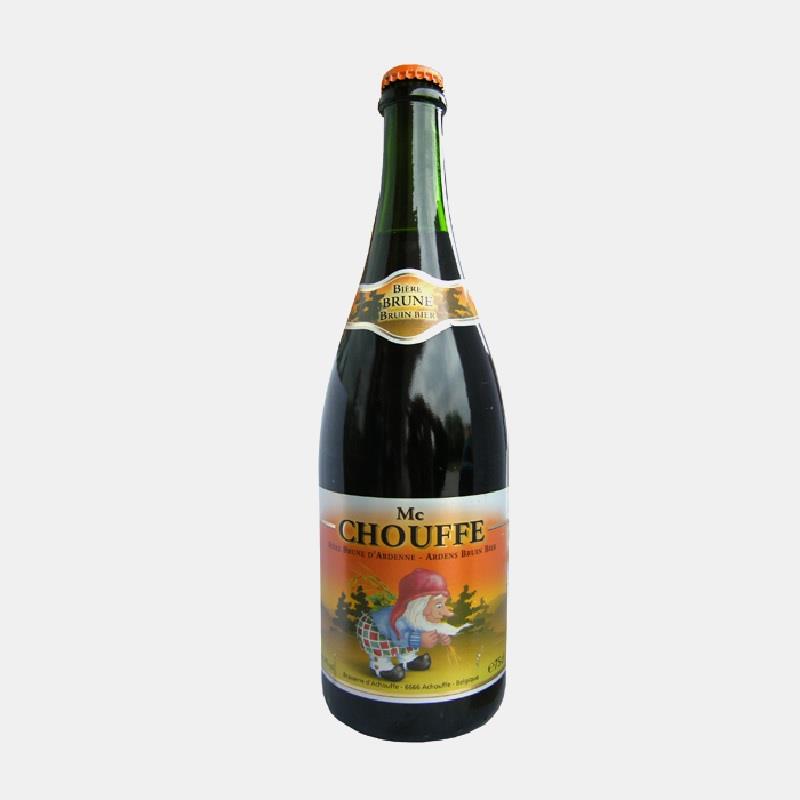 Full of character, Mc CHOUFFE delights lovers of dark beer all over the world. Its distinctive flavour, its dark ruby colour and its fine creamy head make it a unique beer. Mc CHOUFFE is also characterised by its spicy aniseed and liquorice flavours, superbly complemented by full-bodied caramel notes. Despite its robustness, Mc CHOUFFE is surprisingly smooth. It even reveals delicious fruity notes, especially pear, as well as a very slight hint of bitterness at the end of the palate. With its 8% alcohol content, like LA CHOUFFE, Mc CHOUFFE is appreciated with the same lightness as its big blond sister.