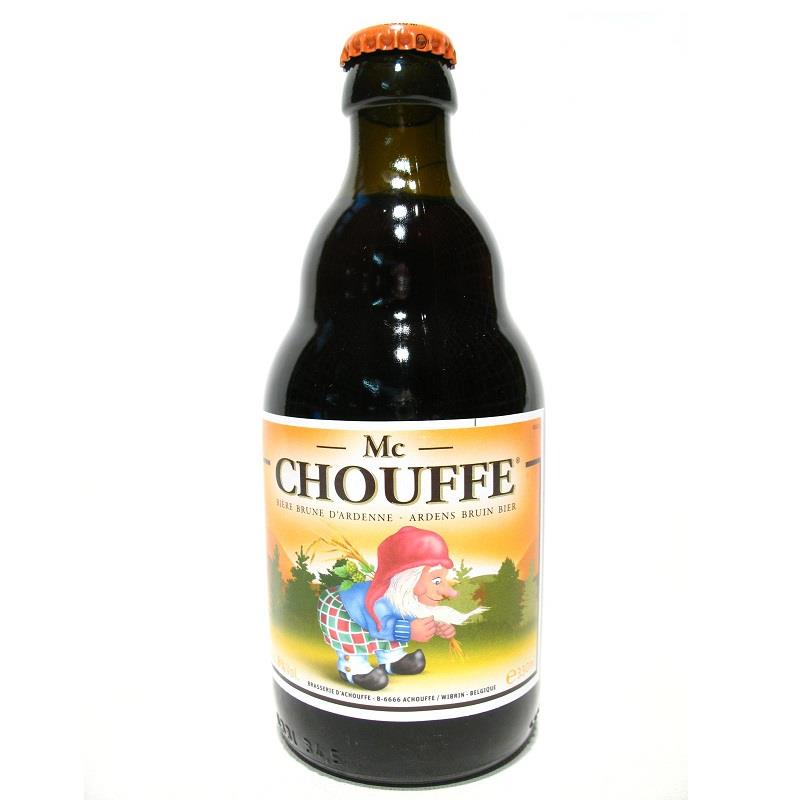 Mc CHOUFFE is an unfiltered dark beer which is refermented both in the bottle, giving a lively carbonation. Its dried fruit palate yields to reveal a hint of bitterness in the finish.