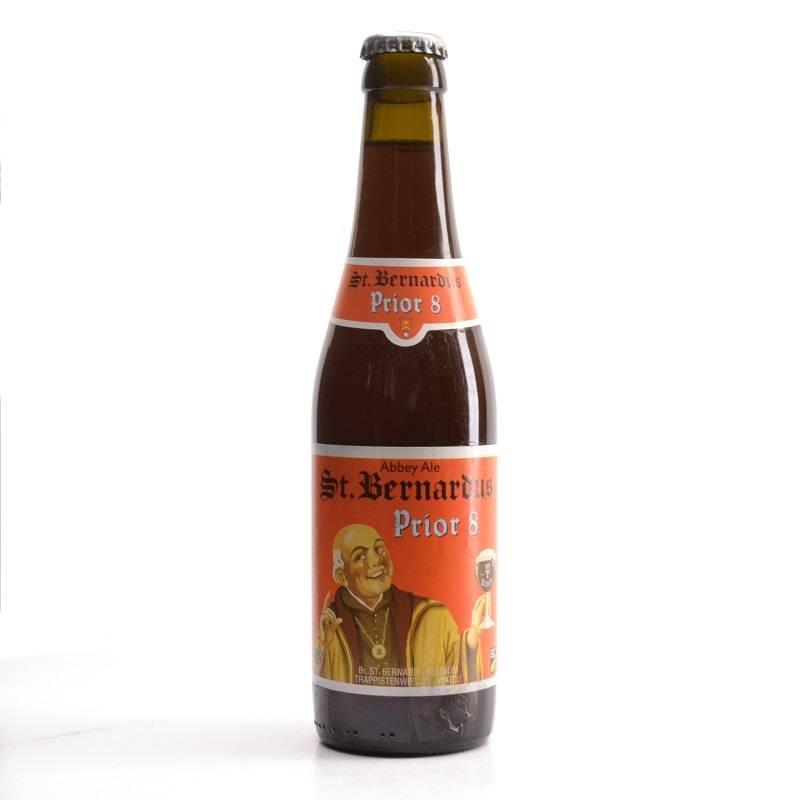 St. Bernardus Prior 8 is a traditional Abbey Ale brewed in the classic "Dubbel" style of Belgium's Best Abbey Ales. It has a ruby to purple color, smooth, creamy richness of texture that is almost oily, and a malt-fruit complexity reminiscent of coconut. It finds the perfect balance between sweet, bitter and malty tastes. One of the original recipes from the days of license-brewing for the Trappist monks of Westvleteren.