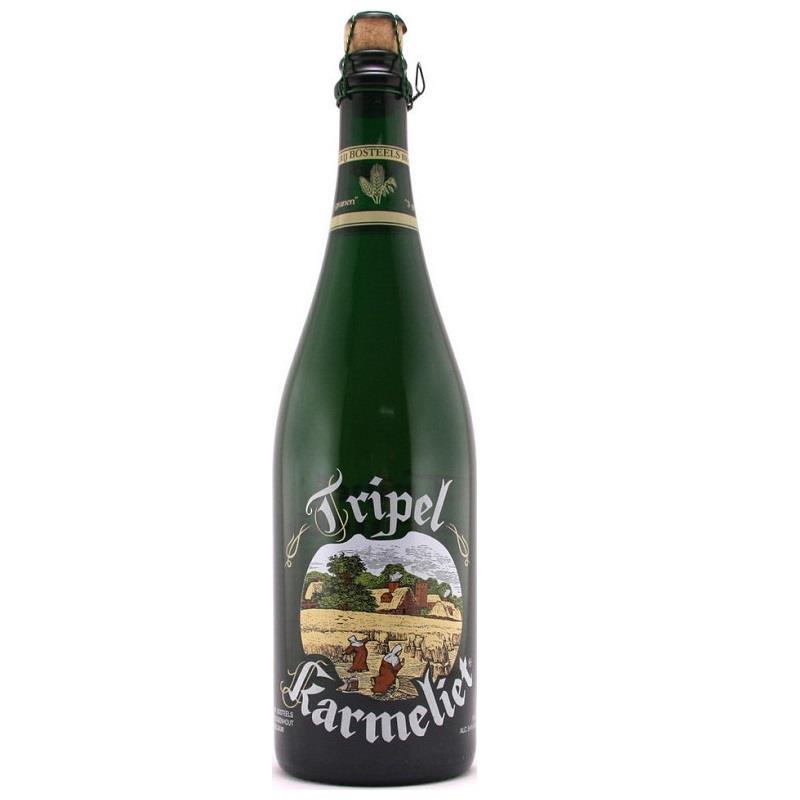 Tripel Karmeliet is a very refined and complex golden-to-bronze brew with a fantastic creamy head. These characteristics derive not only from the grains used but also from restrained hopping with Styrians and the fruity nature (banana and vanilla) of the house yeast. Aroma has hints of vanilla mixed with citrus aromas. Tripel Karmeliet has not only the lightness and freshness of wheat, but also the creaminess of oats together with a spicy lemony almost quinine dryness.

Tripel Karmeliet is still brewed to an authentic beer recipe from 1679 originating in the former Carmelite monastery in Dendermonde. Written over 300 years ago, this recipe describes the use of three kinds of grain: wheat, oats and barley. The name Tripel karmeliet thus refers both to its origin and its in-bottle refermentation. From many trial brews of multigrain tripels carried out at our brewery in the 90s, it appears that the particular historic combination of the 3 kinds of grain still remains the ideal blend.

Brewery Bosteels
In the hands of the Bosteels family for over 200 years, the brewery relies today on the craftmanship of seven generations. In 1791, Jean-Baptist Bosteels established the brewery, and has been followed by generations who took over the brewery and never stop brewing, even during the world wars. At that time, the brewery played such an important role in the town, the family Bosteels were such influential people that we are not surprised that 3 of the 7 generations have been Town Mayors. In the year 1930’s Antoine Bosteels, 5th generation, carried on the brewing dynasty and played an important role expanding the sales of the Bosteels Pils into other regions such as Ghent, Antwerp and Brussels. His son Ivo Bosteels honored the iconic beer of Pauwel Kwak by bringing it back to the market in 1980; this is the beginning of the strong beers for Brewery Bosteels. In the year 1990, Ivo’s son, Antoine Bosteels, the 7th generation, understood the potential of strong speciality beers and especially the trend for blond ones. Driven by passion of the art of brewing and guided by his creativity, Antoine is at the roots of the succes of Tripel Karmeliet and DeuS Brut des Flandres.