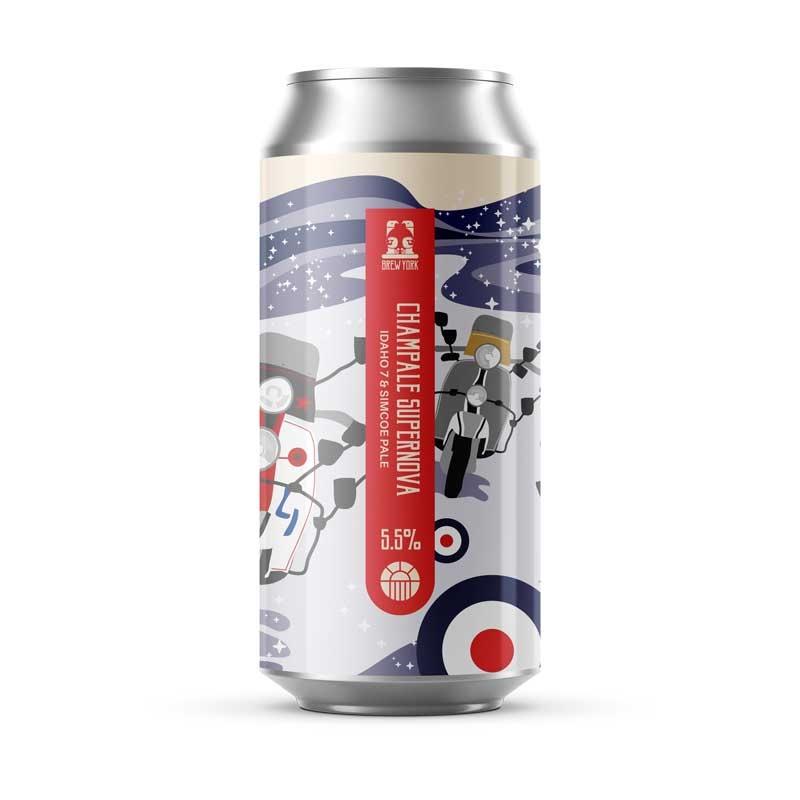 Champale Supernova is designed by Josh, the latest addition to our brewing team who has two big passions: 1. Indie/Mod music. 2. Brewing juicy, hazy pale beers. Here Josh has fused the two in this ‘Mod’ern Pale brewed with tropical Idaho 7 along with juicy and piney Simcoe. We are, we are, we are the Mods!