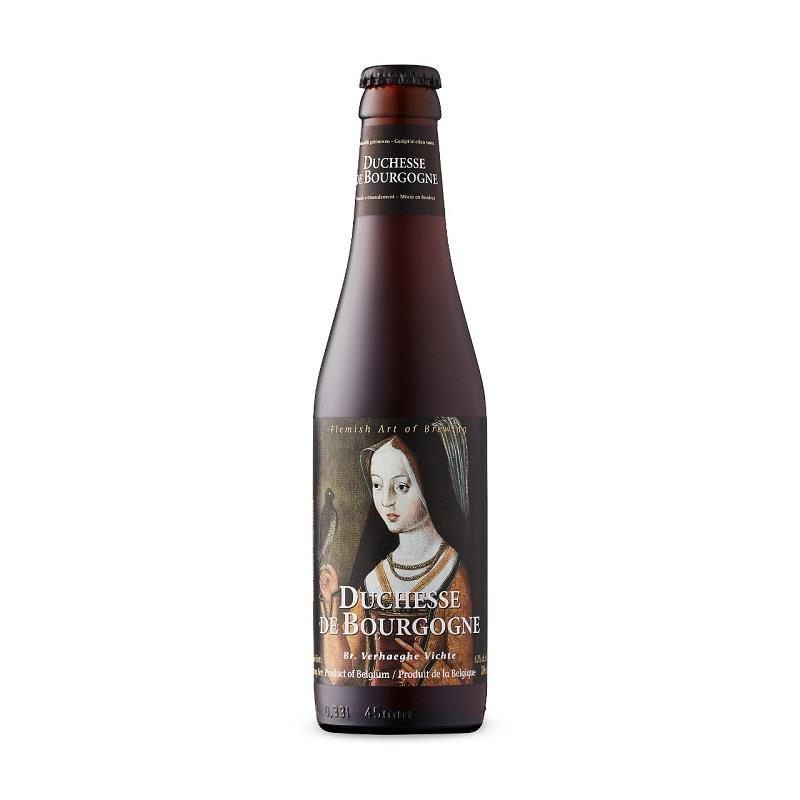 Complex red ale, sour and fruity, with a distinctive mineral edge, hints of balsamic vinegar and a long, complex finish. This refreshing ale is matured in oak casks; smooth with a rich texture and interplay of passion fruit, and chocolate, and a long, dry and acidic finish. After the first and secondary fermentation, the beer goes for maturation into the oak barrels for 18 months. The final product is a blend of younger 8 months old beer with 18 months old beer. The average age of the Duchesse de Bourgogne before being bottled is 12 months.

Brewery Verhaeghe
Brewery Verhaeghe Vichte is a small family-owned Brewery in the southwest of the province of West Flanders, Belgium. The history of the brewery dates back to 1885. Brewery Verhaeghe Vichte was founded as a brewery-malterie by Paul Verhaeghe. Most of the Belgian breweries of this time organised their sales in the immediate vicinity of the brewery. In this sense we can say that the Verhaeghe brewery already showed a great commercial activity in the previous period to the great war. Through a railway line linking Vichte with Brussels, the Verhaeghe brewery was able to sell a significant part of its production on the Brussels market. At the outbreak of the first world war, Paul Verhaeghe responded to the call of the Belgian Government to resist the German occupation economically by stopping the production. The refusal of brewing during the war was responded in turn by the Germans by the dismantling of the brewery. After four years of inactivity, the brewery had lost all its customers in Brussels and was put in front of the investment of a whole new production equipment. In the post war period the brewery remained bind regionally and adapted to new trends in the market. The first brews of beer of low fermentation by the brewery date from this period. The brewery was focused also on the improvement of the quality of its existing beers. At the present time the Verhaeghe brewery feels itself confirmed in its earlier choice : a little less, but better