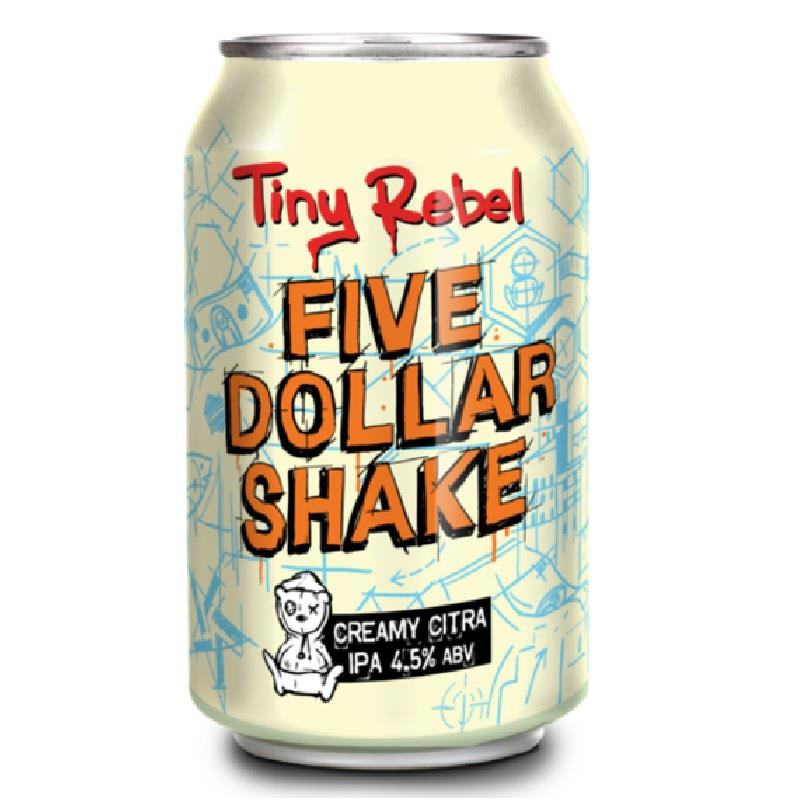 'Gimme' a sip of that, I gotta know what a Five Dollar Shake tastes like.' You know what Vincent Vega, we all want to know, so we made it for everyone. A 4.5% creamy Citra IPA with a rich citrus taste balanced with a creamy body. You just need to remember to put a cherry on top!