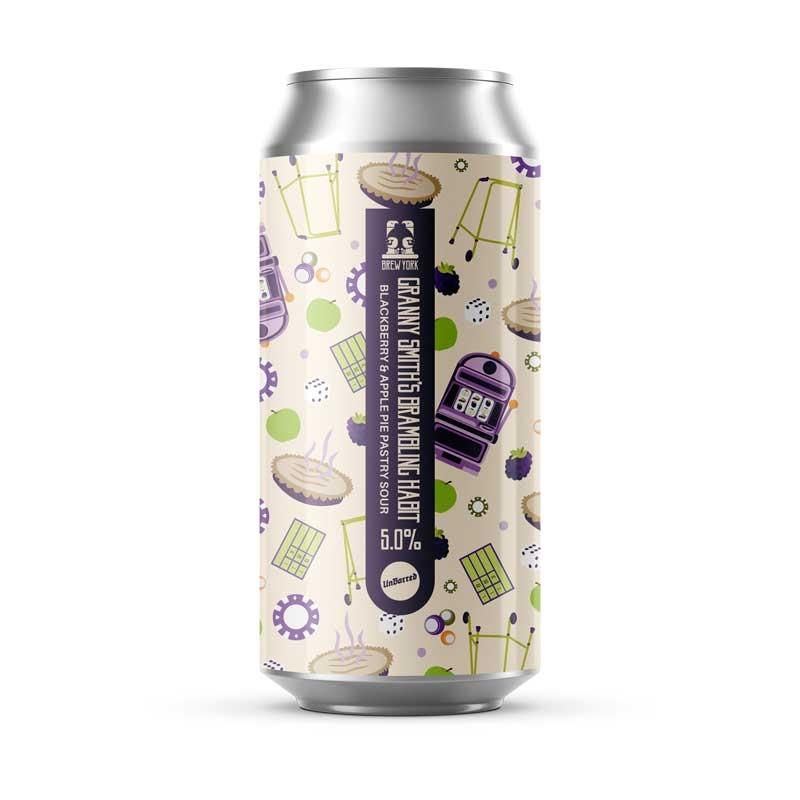 Brewed in collaboration with our pals Unbarred Brewery, we went down an autumnal path with this kettle sour to welcome the incoming colder season. Blackberries and apple combine in this luscious pastry sour; juicy blackberries add a jammy sweetness, with the apple brings haze and body in this classic fruit crumble flavour combo. An addition of warming cinnamon brings those comforting crumble vibes, just like Granny used to make.