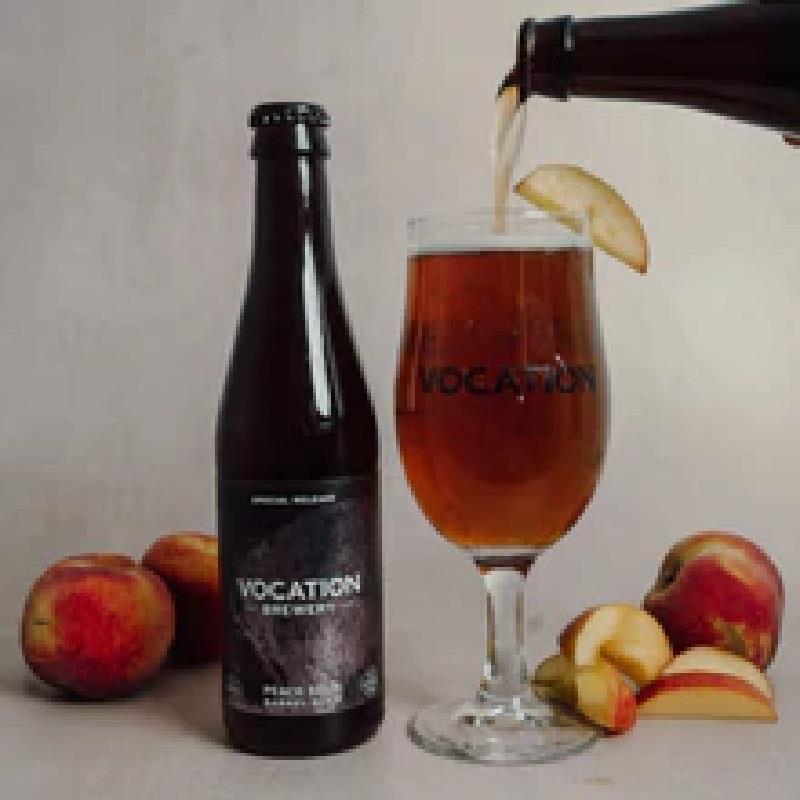 Initially brewed with a healthy addition of both wheat and oats, soured with lactobacillus and fermented on house yeast.

Racked into fresh chardonnay barrels with the addition of peaches, where it has undergone further fermentation and souring over 10 months. Giving an extra depth and complexity to the beer.

The barrels bring forward notes of gooseberry, strawberry, and white chocolate, complimenting the fresh peaches which now dominate the palate.