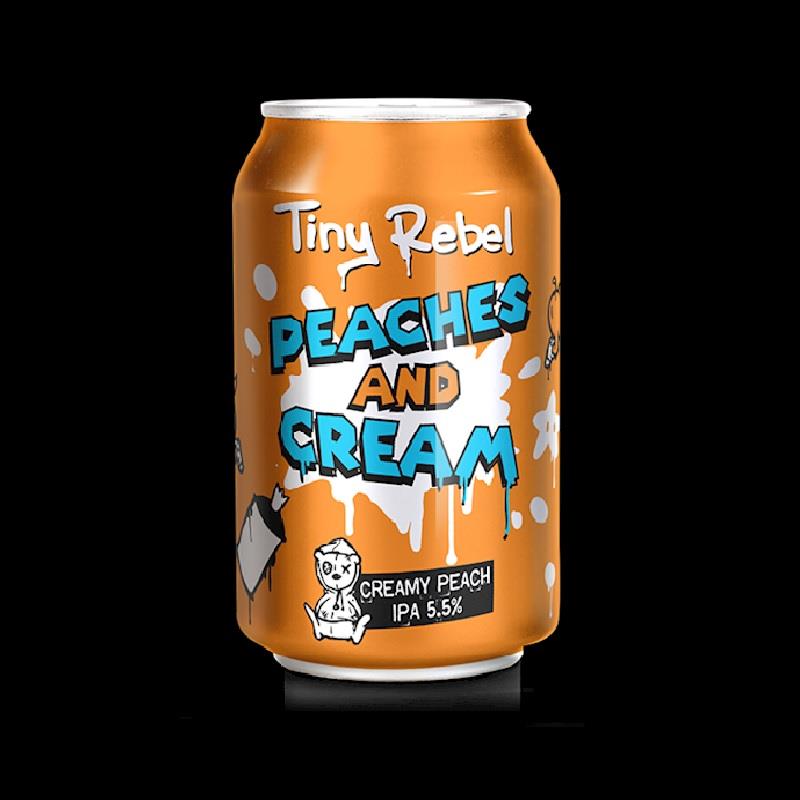 Does exactly what it says on the tin! Peach flavours from, you guessed it, peaches! The cream comes from sweet, smooth lactose and the IPA from the bucket loads of Citra, Mosaic and Simcoe that compliment the sweet fruit flavours.