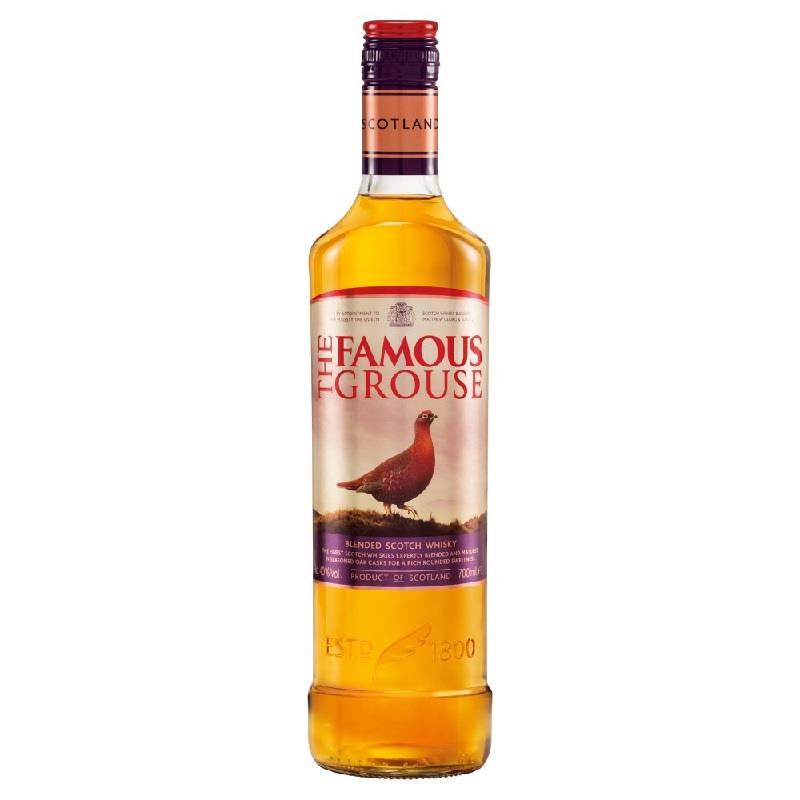 Named after the Red grouse, Scotlands national bird and blended from some the highest quality malt and grain whiskies for an exceptionally smooth taste. The aroma is light yet crisp, of freshly cut flowers barley and a toffee sweetness. On the palate it is light and balanced with bursting flavours of spice, barley, caramel and a touch of smoke. The finish is velvety caramel with sweetness. It was in 1896 that Mathew Gloag created his first type of Whisky. He named it Grouse rather than after him because it was the most famous bird in Scotland. It wasn't until 1905 that they added the word 'Famous' in the brand name. 1970 highland distillers buy the Famous Grouse brand, they are known to be one of the leaders in the scotch whisky market. 1980 The Famous Grouse was named Scotlands favourite whisky and awarded a royal warrant. In 2002 they win a Bafta for the interactive distillery experience. In 2006 they implemented a successful and famous marketing campaign, where the customer could personalise their own bottle for example 'The Famous Dad' . The secret to the success of the blend is what whiskies they choose to use, marrying the finest malt whiskies such as The Macallan and Highland Park, with exceptional grain whiskies for a usually long period in fully seasoned oak Casks. The result created the smoothest possible character of whisky, being raised in the highlands; it is Scotlands favourite whisky.