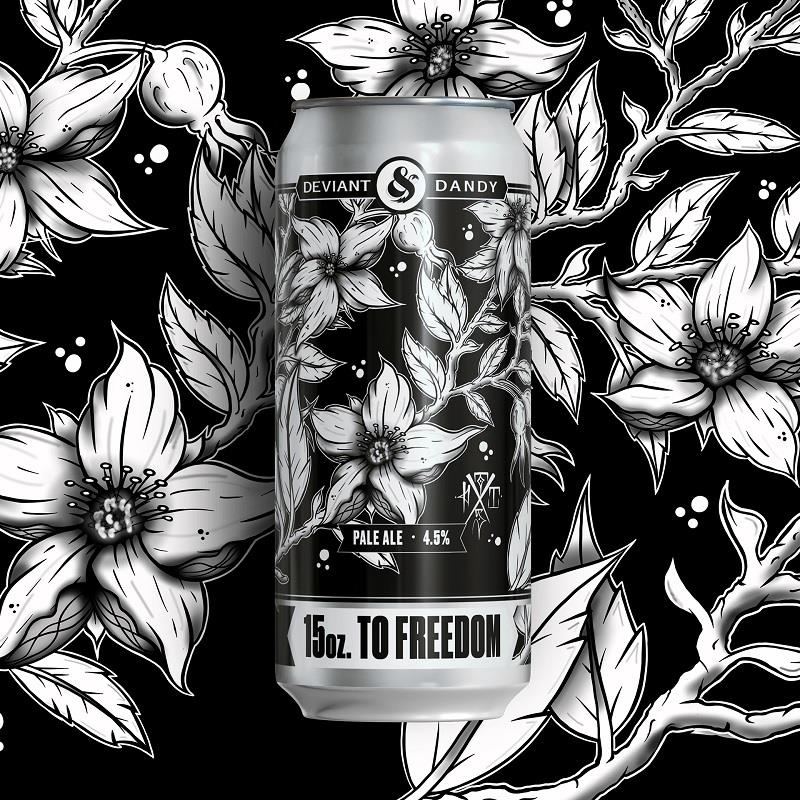 Brewed initially for Indie Bottle Shop Day in collaboration with Six Pack Beer Club, this Pale Ale is slightly hazy and yellow in appearance. Aromas of pine, grapefruit and citrus lead to flavours of more grapefruit and pine with some hints of ripe mango, followed by a lingering, but not harsh bitterness. Featuring Simcoe, Citra, and Ekuanot hops and artwork designed by local street artist This One.

Hotly tipped East London trio Deviant & Dandy are bringing fresh noise to the London brewing scene from their Hackney ex-garage with an exciting mashup of expert brewing and a fearless disregard for taking risks. Head brewer Darren Walker delivers master crafted recipes and has the kind of intense passion for making fantastic beer that you just can’t teach – a bona fide rockstar of the craft community.