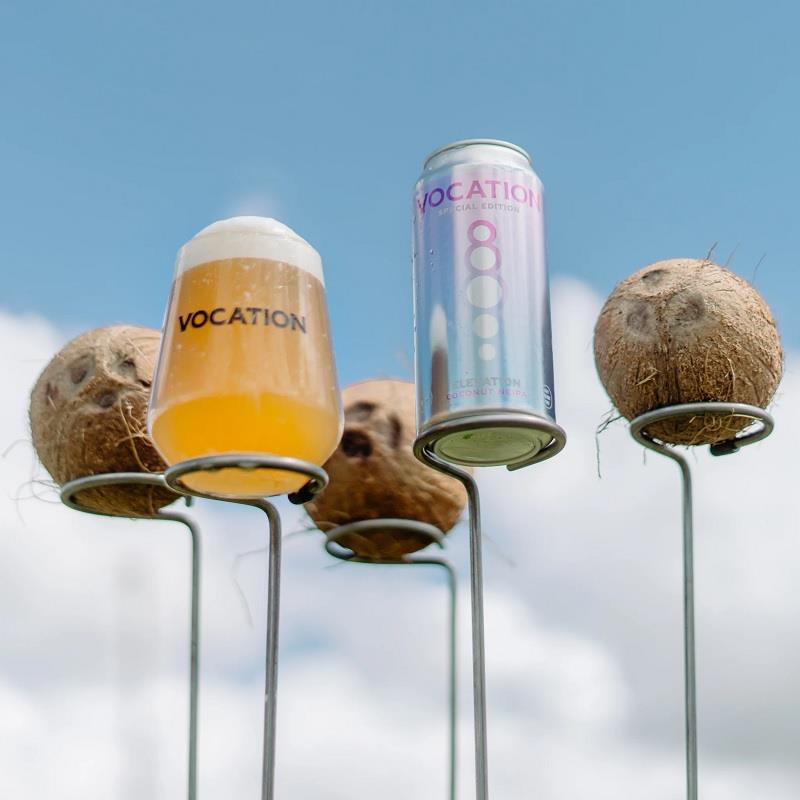 Elevate your senses with this tropical-inspired, hazy, New England Coconut IPA. Guaranteed to enlighten your taste buds with the use of fresh coconut, enhanced by the unique flavours of specifically selected hops.

Freshly toasted coconut chips combine with Sabro® and Talus™ to give a warm tropical burst. Subtle hints of pineapple and cedar compliment an impossibly soft finish.